Herniated disc is a medical condition affecting the spine in which the inner central portion (nucleus pulposus) of the spinal disc is forced out through a tear in the outer, fibrous ring (annulus fibrosus) of an intervertebral disc. Herniated disc is also known as a bulging disc, ruptured disc or slipped disc.

A herniated disc may result from a wear and tear of the disc due to aging. As you age the spinal discs dry out and become less flexible and are more susceptible to tear or rupture.

Herniated disc may also be caused by injury to spine. When injury occurs, the central core of the disc is pushed through a tear in the outer hard layer of the disc, causing a bulge and pressing on nearby nerves. If the herniated disc presses on a spinal nerve, it can cause back pain.

The most common signs and symptoms of a herniated disk are:

Your doctor can make the diagnosis of a herniated disc by asking questions about your symptoms and by performing a physical examination that tests sensation, muscle strength, and reflexes. The straight leg raise test is positive if pain is evoked when the straight leg is raised when lying or sitting. Other imaging tests such as X-rays, an MRI or a CT scan may be ordered to confirm a herniated disc. Plain X-rays of the spine may help detect wear and tear of the spine. A CT scan provides better visualization of the anatomy of the intervertebral discs and spinal cord.

An electromyogram, a test to detect abnormal electrical activity of muscle, can be used to help pinpoint the location of the nerve damage.

Some patients with a herniated disc will respond to conservative therapy such as medication, rest and physical therapy.

Rest: Avoid activities that may worsen your symptoms.

Physical therapy: Your doctor or physical therapist may suggest some exercises to keep the back muscles strong and help protect against future injury.

Surgery may be considered only after conservative therapy fails to adequately relieve the symptoms over a substantial period.  Microdiscectomy using small surgical instruments and open surgical repair (either from a posterior or anterior approach) may be performed to remove the protruding portion of the disc. In some cases, spinal fusion may be performed to provide stability to the spine. 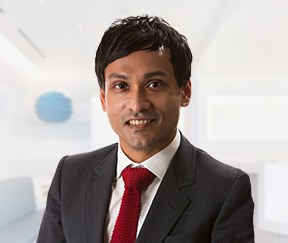